Sorry, we don't support your browser.  Install a modern browser

Sync: Why do I have to process the same email multiple times#777 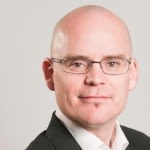 Yes,
yet another push for the sync issue to be resolved. I went back to Newton when it re-opened leaving Superhuman. Because I believed that while Superhuman was really great at helping me be productive Newton had a couple of things that I appreciated (and I’m a loyal person, apparently to a fault).
Now Newton is making me so unproductive because I’m reviewing the same emails multiple times when I switch between devices.

How is it that the only people talking about this are users - not team Newton? 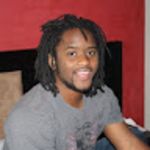 Same syncing issue here. It’s completely driving me up a wall. I might have to switch after many years of loyalty and love for the product. The silence from Newton on this is deafening.

Update, I just tried something and it seems to have made things much better. I went to settings and did a “reauth” on each account. Now the sync is very good at the moment. I’m going to continue to hold out hope.

7 days ago
Make a suggestion